Pictures of Money in Bulgaria

See the notes in circulation on the Bulgarian National Bank website

See the coins in circulation on the Bulgarian National Bank website

The currency board in Bulgaria

You should not have difficulties exchanging your currency for Levs, because in every town and city in Bulgaria there are many offices of local and big international banks, which are most often situated in the center of the city and along the main streets. Generally, the banks close early – at 16.00-17.00 o’clock and are usually not opened during the weekend, but there are also the so called “Change Bureaus” which stay open longer and have flexible opening and closing hours. Such currency exchange offices are very common in the resorts and the tourist areas, but you have to be careful about the rates which they offer. Currency exchange at the airports and in the big hotels are also possible, but it would be better to check the rates first – while some of the offices will offer a fair rate, some of them will not. It is absolutely unadvisable to exchange money on the streets. The most secure places for this are the banks.

The fixed daily exchange rates of the Bulgarian National Bank for the most common currencies to the Lev can be found here: www.bnb.bg

The EUR/BGN exchange rate is fixed and most of the banks will exchange 1 EUR for 1.95 BGN

Keep in mind that these are the fixed rates on a national level and the actual rates can vary slightly from bank to bank, as all other banks (except the National Bank) operate as private institutions and decide their own exchange rates.

Changing GBP and USD into Levs

Again we strongly recommend to exchange money at the Banks only. The Bulgarian banks will give you much more competetive rate than you bank at home. The exchange rates vary every day – as they are defined by the international EUR/USD and EUR/GBP rates. You could exchange a small amount of money at the airport or at your bank at home just enough for a couple of days until you get to a bank.

Cash is accepted anywhere, though it is not recommended to carry large amount of money in cash. This rule is valid anywhere in the world. You could use alternative methods of payment which are widely accepted in Bulgaria

The best way to access money while in Bulgaria is through the ATMs that are present in every large or small city – in front of hotels, shops, on the main streets. The most secure ATMs are those in front or inside the banks.

Before you go to Bulgaria, we advise you to find out if your destination has an ATM. Some small villages don’t have a bank or ATM. Also it it good to get money from ATMs a day or two before you need it, just in case the ATM is is out of service for a period of time.

Most banks in Bulgaria have a limit on the amount that can be withdrawn through ATMs. Most of the ATMs will not give you more than 400 Levs (EUR 200) per withdrawal. There might alse be a daily or a weekly limit. It is good to check with your bank about the limits before travelling to Bulgaria.

Traveler’s cheques can be changed inside a bank.

More information about how the Bulgarian Banks operate with the Traveler’s Cheques can be found here:

The bigger shops, restaurants and hotels accept payments with debit and credit cards. If you see these symbols or similar at the entrance or inside the shops, the hotels and the restaurants, then you can be sure you will not have any problems paying with cards.

When will Bulgaria acept the EURO?

Bulgaria aims to join the euro zone in more than three years but stull doesnt cover the Maastricht criteria. It will happen in the near future but untill then you will have to pay with Levs in Bulgaria

See also our article about “Prices in Bulgaria“ 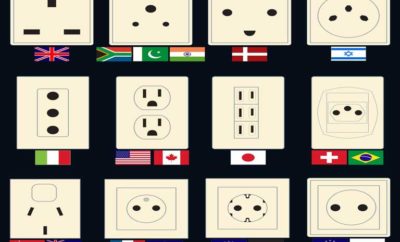